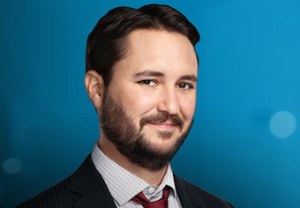 The Wil Wheaton Project won’t be back for a second season, TVLine has confirmed.

The Syfy series Wheaton described as “Talk Soup for geeks” premiered May 27 and finished its 12-episode first season in mid-August.

Wheaton broke news of the cancellation via a post on WilWheaton.net, in which the Star Trek: The Next Generation alum/Big Bang Theory guest star writes that the network’s executives “just didn’t think we had enough viewers to justify more episodes.”

A Syfy rep confirms to TVLine that the series is cancelled.

Wheaton goes on to state that the series garnered ratings “on par with The Soup” but a lack of promotion and the show’s summer debut — when TV viewership is down overall — likely were among the factors in Syfy’s decision.

Still, the actor maintains that he is “okay” with the state of affairs and thanks everyone who watched the show. He also made a final plea to fans:

“Oh, and let me just stop this before it starts: We nerds have a penchant for letter-writing campaigns and stuff to try and save shows we like. Please don’t do that here. It’s not going to happen, and we should instead put that energy into something else, like getting #butts to trend.”