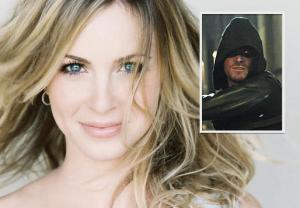 Sam and Dean’s mom has got it goin’ on — and by “it” we mean one killer crush on that Arrow.

Amy Gumenick, who has played Mary Winchester on Supernatural (and recurred on AMC’s TURN), will guest-star on Season 3 of the CW hit as Carrie Cutter, the No. 1 fan of Starling City’s masked vigilante, EW.com reports.

Per DC Comics lore, Carrie boasts the alter ego of Cupid, a murderous villainess with a tenuous grasp on reality, as she seeks extreme ways to demonstrate her obsessive love for Oliver.