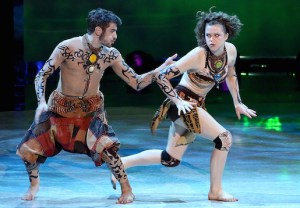 Fox’s So You Think You Can Dance may have some pep in its step after all.