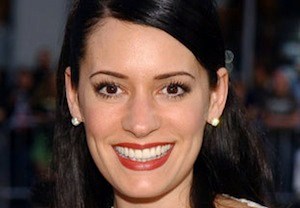 Criminal Minds alum Paget Brewster is getting her “Om” on, joining the cast of Amazon’s yoga-centric comedy pilot Down Dog, TVLine has learned exclusively.

Written by Almost Perfect‘s Robin Schiff, Down Dog centers on Logan (One Life to Live grad Josh Casaubon), a laid-back, charming surfer who is left in charge of his ex-girlfriend’s yoga studio.

Since exiting Criminal Minds as a series regular, Brewster has shown the funny in gigs on Modern Family and Community, as well as recent passed-on ABC comedy pilots Spy and Saint Francis. As she recently told TVLine, she leans towards “things that really, really excite me and scare me a bit. And that’s what comedy does.”