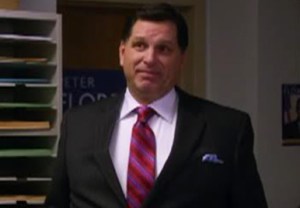 Skipp Sudduth is returning to the CSI universe — but this time, he’s stepping in front of the camera.

Sudduth, who directed five episodes of CSI: NY, will guest-star in an October episode of CSI, TVLine has learned exclusively. He’ll play Mr. Lusk, a high-school janitor who witnesses a horrific scene. (Of course, he might also have a few secrets of his own.)

When Sudduth isn’t mopping floors and keeping secrets, he’s recurring as Jim Moody on The Good Wife, or as Stan Gordinski on Criminal Minds. Past credits also include Third Watch, Oz and Law & Order.