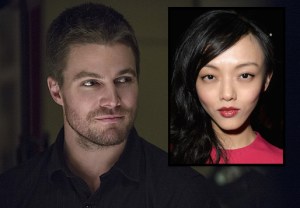 A substitute is stepping in as Arrow‘s new teacher.

Rila Fukushima, who co-starred in The Wolverine in 2013, has been tapped to play Tatsu Yamashiro — aka Katana — on Season 3 of The CW series. The Japanese actress replaces Devon Aoki, who reportedly pulled out due to a scheduling conflict.

As previously reported, Tatsu is a deadly, sword-wielding martial arts expert — and wife of Oliver Queen’s teacher/handler Toshi — who will play a major role in Oliver’s journey to becoming the Arrow. She will be seen in flashbacks in Season 3, along with her husband.

TVLine’s sister site Deadline was first to report the news.