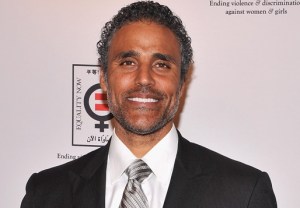 Former NBA star Rick Fox is playing a game of 7-on-1 with The McCarthys.

Fox will guest-star as himself on an upcoming episode of the CBS sitcom, TVLine has learned exclusively, and it’s only fair to assume — given his history on the court — that he’ll cause quite a stir with the basketball-obsessed family.

The sitcom centers on openly gay (and athletically challenged) Ronny, who is hired as the assistant to his father, a high-school basketball coach, much to the chagrin of his more athletically inclined siblings.

Fox’s TV resume includes recurring roles on Hit the Floor, Single Ladies, Dirt and One Tree Hill. He also competed on the eleventh season of Dancing With the Stars.