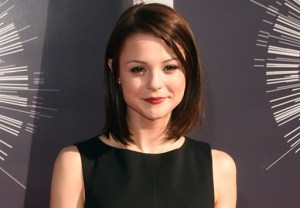 Kathryn Prescott‘s next small-screen role will find her armed for battle.

The star of MTV’s Finding Carter has joined CBS’ upcoming miniseries The Dovekeepers, TVLine has learned, playing a teenaged tomboy named Aziza. Blessed with expert archery skills, Aziza disguises herself in her brother’s armor to join the male warriors of Masada — even managing to fool her lover Amram (played by 90210‘s Diego Boneta).

Set in ancient Israel, Dovekeepers tells the true story of the 900 Jewish people forced out of their homes — and into a fortress in the mountains of Masada — by the Romans in 70 C.E. The four-hour miniseries, which is also based on Alice Hoffman’s 2011 historical novel, will focus on four women who reach Masada with one common goal: to survive.

The Dovekeepers is slated to premiere on CBS in 2015.