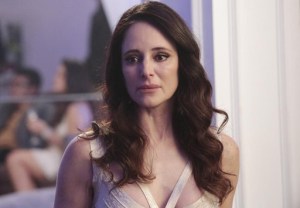 Here’s a familiar scene for Revenge fans: A beautiful Hamptons resident is explaining how she plans to get even with the person who has wronged her. But wait, something’s different this time!

In the first official teaser for the ABC drama’s upcoming fourth season — apologies for the quality, by the way — Victoria takes on the role of narrator, sending a threat to a certain someone who had her committed to a mental institution back in May.

“When everything you love has been stolen from you, someone has to pay,” she seethes. “Emily Thorne, I’m coming for you.”

Hit PLAY on the teaser below, then drop a comment: What do you hope to see in Revenge‘s fourth season?