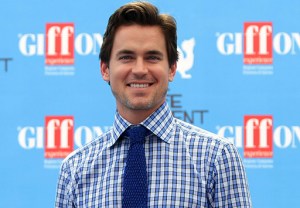 Matt Bomer is ready to get his Freak on.

The White Collar star will guest-star on an episode of American Horror Story: Freak Show, according to EW.com, in what creator Ryan Murphy describes as a “warped” role.

“I try to get him to do everything for me,” says Murphy, with whom Bomer previously worked on HBO’s The Normal Heart. “I sent him a text that said, ‘First right of refusal, here’s the role.’ It’s very…warped.”

Your thoughts on Bomer’s casting? Hopes for his one-off character? Drop a comment with your take on the news below.