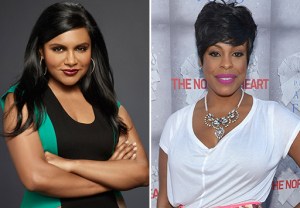 Mindy Lahiri, we believe you’re about to meet your match.

The Mindy Project has cast comedy vet Niecy Nash (Reno 911!, Getting On) to play a rival to Mindy Kaling’s title character in Season 3, TVLine has learned exclusively.

Nash’s recurring character, Dr. Jean Fishman, is a tough Bostonian physician who is the new chief of Shulman & Associates’ admitting hospital. A take-no-prisoners type who puts up with no nonsense whatsoever, Dr. Fishman also happens to be a lesbian.

Nash recently completed shooting Season 2 of HBO’s Getting On.