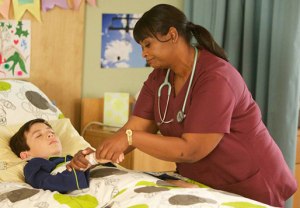 The sense of community on Fox’s upcoming drama Red Band Society has extended into the real world.

The fall pilot is now streaming on Hulu, as the result of a charity drive that has made the premiere available for 100 hours in return for reaching a $100,000 fundraising goal.

The drama, which stars Octavia Spencer (The Help) as a nurse overseeing the pediatric ward of Ocean Park Hospital, will be available for viewing until Tuesday, Aug. 26 at 5 pm EST. It can also be seen on Fox.com, Fox Now and Fox On Demand — but we’ve embedded the full episode below.