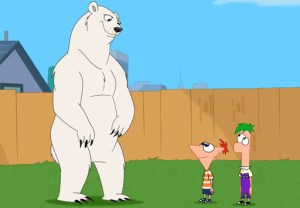 Disney XD’s Phineas and Ferb are getting Lost this fall, but at least we now know when to find them.

The network on Friday announced that the animated series’ Lost-inspired episode — first revealed at Comic-Con — will air  Monday, Sept. 29, at 7:30/6:30c.