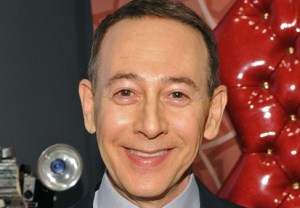 Pee-wee’s next big adventure is landing him on The Blacklist.

RELATED The Blacklist Season 2 Premiere Photos: Are Liz and Red On the Run?

* Lori Petty will reprise her Orange Is the New Black role as inmate Lolly during Season 3, EW.com reports.

* Marvel’s Agents of S.H.I.E.L.D. has cast Brian Patrick Wade (Teen Wolf) as Carl “Crusher” Creel, aka the villainous Absorbing Man, in its Season 2 premiere, per Marvel.com.

* Billy Eichner (Parks and Recreation) and Rhys Darby (Flight of the Conchords) will guest-star on Season 2 of CBS’ The Millers, EW.com reports. Eichner will play the ex-husband of Sean Hayes’ new character Kip, who has had a long-standing crush on Will Arnett’s Nathan. Darby appears in the next episode as the writer of a Game of Thrones-type book series who has gone from being Nathan’s nerdy classmate to rich and famous.