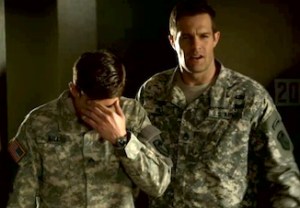 Enlisted is now on permanent leave.

After weeks of negotiations, Yahoo Screen has abandoned talks to produce a second season of beloved-but-little-seen military comedy, which was cancelled by Fox back in May after one season. And, according to sources, there are no other suitors in play.