The 2014 Emmy Awards have shifted to a Monday (Aug. 25, 8/7c on NBC) — but that’s not the only potential shakeup regarding this year’s telecast.

Newcomers like Orange Is the New Black, True Detective, Masters of Sex and Silicon Vallery will all attempt to meddle with the usual Emmy pecking order — which has seen Modern Family sweep Best Comedy Series for four staight years, and will welcome previous Best Drama winners Mad Men, Homeland and Breaking Bad back in the race once more.

TVLine Founder and Editor-in-Chief Michael Ausiello donned dual hats (one labeled “Critic,” the other “Prognosticator”), dove deep into 18 major categories, and cooked up a rundown of who should and who will be picking up statuettes in less than four days.

Click through the gallery below for a closer look at how Ausiello handicaps the major Emmy races, then hit the comments and share your predictions (and dreams) for every category.

And stay tuned to TVLine all weekend through Monday night for the best Emmy coverage on the Internet! 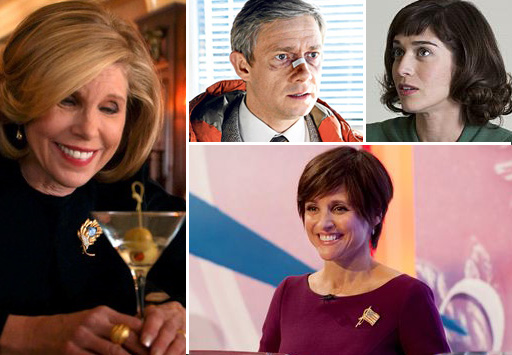