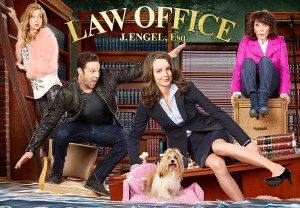 Working the Engels… no longer is.

NBC has cancelled the Canadian-made family/legal comedy, pulling it from the schedule after just five episodes.

Engels’ Canadian broadcaster Global TV, meanwhile, is not expected to order any half-hours beyond its already aired 12-episode first season.

NBC will double-up on the Greg Poehler-created Welcome to Sweden — which was already renewed for Season 2 — on Thursdays at 9/8c, to fill Engels‘ void.

Fellow Peacock network summer shows The Night Shift and Undateable received pick-ups for a second run, while the jury is still out on Taxi Brooklyn.