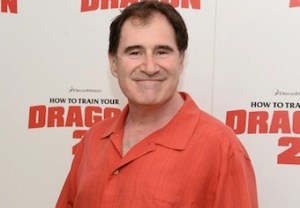 Sue Heck’s teeth will have their coming-out party on Season 6 of The Middle — and Richard Kind has been tapped to lead the festivities.

The veteran character actor (Luck, Spin City) will guest-star in the ABC comedy’s Sept. 24 season premiere as the orthodontist for the Heck family’s ebullient middle child, though the procedure won’t exactly be straightforward.

As previously reported in Matt’s Inside Line, Sue gets her braces removed despite the “protests” of Kind’s character — and “as it turns out, maybe she and Mom should have paid more mind to the expert.”

Executive producer Eileen Heisler tells TVLine, however, that “Sue has had her braces for a long time — and she’s had enough. Of course, there are going to be consequences, but people who are ready for Sue’s mouth to grow up a little will not be disappointed.”

Stoked to see Sue’s unencumbered grill? Sound off in the comments!