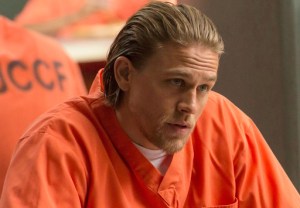 Rev your engines — and mark your calendars — because Sons of Anarchy‘s series finale date has been made official.

Written and directed by series creator Kurt Sutter, the last episode will air Tuesday, Dec. 2, at 10/9c. The following day, fans will be able to purchase Sons of Anarchy: The Official Collector’s Edition, a behind-the-scenes companion book.

* Logo TV has ordered six episodes of Secret Guide to Fabulous, a half-hour series from Kelly Ripa and Mark Consuelos. Premiering Sept. 3 at 11 pm, Fabulous will dispense advice from fitness, fashion and lifestyle experts for living your own life to the fullest.