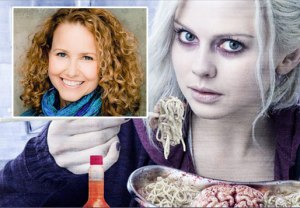 iZombie is once again reshuffling its cast.

The good news for Hagan — whose recent TV credits also include Longmire, Switched at Birth and the TV movie Petals on the Wind — comes at the expense of Nora Dunn (SNL, Entourage), who played Eva in the original iZombie pilot.

iZombie is set to join The CW’s lineup at midseason.