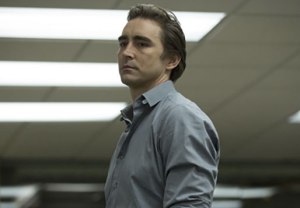 There will be no Blue Screen of Death for Halt and Catch Fire. Rather, AMC has renewed the retro drama about PC pioneers for Season 2.

“This is a show about invention, experimentation and the inherent risks in trying to break new ground — themes that really resonate with us as a network and attracted a passionate audience,” AMC president Charlie Collier said in a statement. “We have a history of demonstrating patience through the early seasons of new shows, betting on talent and building audience over time. We see that opportunity here and look forward to a second season of Halt and Catch Fire from creators Chris Cantwell and Chris Rogers, and showrunner Jonathan Lisco.”

The “patience” Collier speaks of alludes to the show’s freshman numbers, which averaged just 1.3 million weekly viewers with Live+7 DVR playback lumped in. (That said, AMC notes that Halt was No. 3 among affluent viewers age 18-49, trailing only The Good Wife and Mad Men.) The cabler similarly granted a second season to the Revolutionary War espionage drama TURN, despite middling numbers.

Does this renewal news get your floppy drive churning? Where do you think the show will go, now that Joe’s vision has been defeated by the Macintosh?