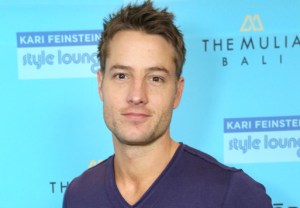 Passions alum and onetime Green Arrow Justin Hartley is returning to daytime TV, as The Young and the Restless‘ new Adam Newman.

Assaying his return to soaps, Hartley told TV Guide Magazine (which broke the news of his casting), “I don’t care if the job is on daytime or primetime or the web. Hey, give me a good character and someone to listen and I’ll do my acting on a street corner.”

In addition to his post-Passions run as Smallville‘s Oliver Queen, Hartley’s TV credits include episodes of Chuck and Castle, plus stints on Emily Owens M.D., Revenge and Mistresses.

He is expected to make his Y&R debut during November sweeps.