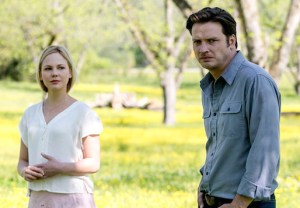 SundanceTV has renewed Rectify for a third season, just days before the well-reviewed drama presents its Season 2 finale (this Thursday at 9/8c).

“Rectify has evolved into a show much loved by critics and fans,” SundanceTV President Sarah Barnett said in a statement. “As SundanceTV’s first scripted series, it’s gratifying to see such distinctive and unusual storytelling embraced with such passion. Ray McKinnon is a true television auteur, and we can’t wait to see where he takes us next.”