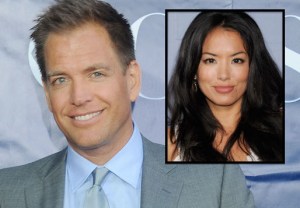 Onetime Melrose Place resident Stephanie Jacobsen has landed herself a plum role on CBS’ NCIS, as DiNozzo’s new partner in… crimesvolving, at least.

As first reported by Entertainment Weekly, Jacobsen is set for an October debut in the potentially recurring role of Leia Pendergrast, an FBI Special Agent who is partnered with Tony (played by Michael Weatherly) to investigate a terrorist threat. The character is described as “sexy and single… flirtatious and adventurous with a sense of humor.”

Hmm, who else matches such a description…? Ah, yes. Tony.

“It’s time for Tony to continue to grow a little bit,” NCIS boss Gary Glasberg told TVLine of his plans for a potential new love interest. “He went through a lot last year emotionally and tried to deal with Ziva’s departure as he could. And it’s time” for someone new. “We’ll be mature about it and handle it properly, and Michael’s excited about it.”