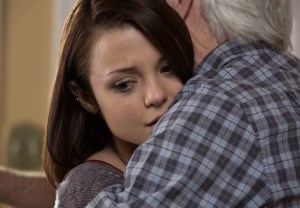 MTV is taking Finding Carter under its wing.

The cable net has renewed the freshman coming of age drama for a 12-episode second season, TVLine has learned.

Since premiering in early July, the series has averaged 2.2 million viewers (L+3). It also ranks as the No. 1 new cable show among 12-34 year-olds and teens.

“The creative minds behind Finding Carter did an exceptional job bringing this story to life and drawing our audience in,” said President of MTV Programming, Susanne Daniels, in a statement. “I’m looking forward to another season following Carter on her journey.”