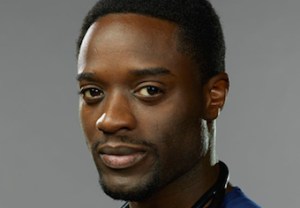 Arrow, meet yet another of your upcoming adversaries.

The CW series has tapped Matt Ward (Hellcats, Tron: Legacy, Global’s Remedy) to play Simon Lacroix, who in DC Comics is an archer and foe of Green Arrow’s.

Per EW.com, which first reported the news, the show’s incarnation of Simon is a deadly mercenary using the code name Komodo, who wreaks havoc in Starling City.

* Hulu has renewed the animated comedy The Awesomes — created by Seth Meyers and Mike Shoemaker — for Season 3, to bow in 2015.

* The Fosters star Teri Polo will guest on Law & Order: SVU, playing the lawyer daughter of Stacy Keach’s (Prison Break) character, TVGuide.com reports. In the episode, airing Oct.1, their lives are turned upside-down when the face of their best-selling clothing line is charged with serial rape.

* Fox has given a a script commitment to The Sound of the Sumners, a single-cam musical comedy from writer Peter Knight (Enlisted) and executive producer Jason Winer (The Crazy Ones, Modern Family). Per our sister site Deadline, the project is described as “a truly honest exploration of a contemporary family featuring a unique musical element that involves an irreverent and buzzworthy use of original music and songs.”

* Carrie Mathison is doing “a little dance with the devil” in an atmospheric new trailer for Season 4 of Homeland, premiering Sunday, Oct. 5 at 9 pm.

* Dum, dum, dum… VH1 has unveiled a teaser for its TV-movie Drumline: A New Beat, starring Alexandra Shipp (Awkward) as an upper-class Brooklyn girl who defies her parents in order to attend Atlanta A&T, to revitalize its once-prominent drumline.