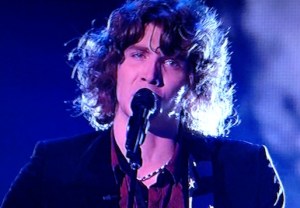 Off the top of my head, I’d like to throw out a few important new guidelines for Season 2 of Rising Star — while acknowledging that the months old, unchecked Powerball ticket in my wallet is as likely to make all my dreams come true as ABC’s woeful reality-singing competition is to return in 2015:

1. If the show’s “experts” are going to pretend to be “mentors,” then they should never ever allow a wide-eyed 16-year-old girl to sing lyrics about being a “for-a-good-time-call” party girl. #RIPManeepatMolloy

2. Ke$ha must agree to a four-hour nap and five Red Bulls prior to any live telecast.

3. The show’s producers should recognize that at least 75 percent of their addled audience has probably slogged through every episode of American Idol, The Voice, The X Factor and even Duets — and therefore, won’t accept a stripped-down, slowed-down cover of “Billie Jean” as something revolutionary. (Yes, David Cook’s Idol version may be six years old, but it remains absolutely unforgettable, mmmkay?)

On that note, it’s time to weigh in on the six remaining contestants in order from lowest percentage of viewer/judge votes — Brad, Kesha and Ludacris only contributed 1% each tonight — to highest. (It should be noted, BTW, that Brad and Kesha voted “yes” for all six contestants tonight, thereby rendering themselves irredeemably irrelevant. #IrredeemablyIrrelevant #ThatDeserevesAHashtag)

For the uninitiated, the East coast’s Top 3 vote-getters advanced to next week’s finale — while the West coast telecast will save a fourth contestant and launch him or her into next Sunday’s show, too.

Audrey Kate Geiger, “Killing Me Softly” — Grade: C+ (GIVE THIS WOMAN THE SAVE, WEST COAST!)
69% (including all three judges)

Joshua Peavy, “What Hurts the Most” — Grade: D+ (What hurts the most is listening to this overwrought vocalist without earplugs)
72% (including Kesha and Brad)

Dana Williams, “Sunday Morning” — Grade: B+ (Not the most consistent vocalist, but her jazz-lounge rearrangement tonight was quite lovely)
75% (includng all three judges)

Austin French, “Love Runs Out” — Grade: C (A thoroughly inauthentic artist — like a hummingbird trying to swoop down on a prairie dog, pick it up in its talons, and deliver its carcass to its hungry babies)
81% (including all three judges)

Jesse Kinch, “Billie Jean” — Grade: B- (Exposed tonight as a singer who can only nail his notes when he’s full-on wailing; intimate, quiet moments are not his forté)
83% (including all three judges)

What did you think of tonight’s Rising Star? Who were your faves? Did anyone get robbed? Does anyone deserve to “win”? Share your thoughts in the comments!