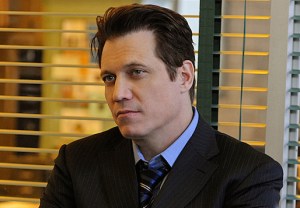 Faces both familiar and new will be a part of Blue Bloods Season 5.

For starters, TVLine has learned that Lights Out pugilist Holt McCallany is set to recur on the CBS drama as Robert McCoy, the speed-dating match-up whom Erin wound up (awkwardly) facing in the courtroom during Season 4. Now, though, McCoy is serving as the interim D.A.

Additionally, McCallany’s Lights Out castmate Bill Irwin (also of CSI, SVU) will recur as Cardinal Brennan, the Archbishop of the New York Diocese, while Tony nominee LaTanya Richardson Jackson (A Raisin in the Sun) has been cast as a new squad commander.