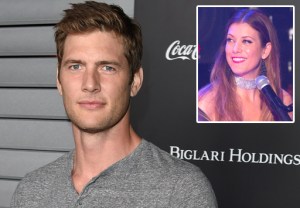 Chuck alum Ryan McPartlin has snagged himself yet another life-saving role.

McPartlin will recur on NBC’s upcoming comedy Bad Judge as Billy the Fireman, our sister site Deadline reports. And because men in uniform always get the girl, Billy will be a love interest for Kate Walsh’s Rebecca — though he might find himself at odds with new series regular Ryan Hansen, who’s also a love interest for Rebeeca (aka the luckiest judge ever).

But seriously, I wasn’t kidding about McPartlin’s knack for playing life savers. Currently recurring on ABC Family’s Mystery Girls as Detective Duane Freeman, he also appeared on an episode of USA Network’s Playing House as a police officer named Steve. (And, of course, who could forget his turn as Chuck‘s resident surgeon, Dr. Devon “Captain Awesome” Woodcomb?)