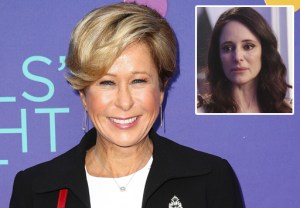 When Revenge returns for its fourth season next month, Victoria Grayson will find herself rubbing elbows with a certain spiky-haired saxophonist — sort of.

Yeardley Smith, who voices Lisa on The Simpsons, will guest-star on Revenge‘s season premiere, TVLine has learned exclusively. Yeardley will play Phyllis, a fellow patient at the mental institution where Victoria was admitted (against her will) in the Season 3 finale.

Also joining in Season 4 is Agents of S.H.I.E.L.D.‘s Elena Satine, who will recur as the “black sheep” daughter of a wealthy southern family. Additionally, James Tupper (aka the not-so-dead David Clarke) is being upgraded to series regular.