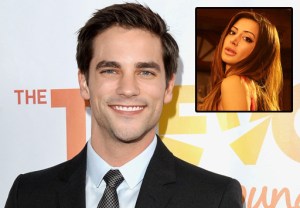 After terrorizing the ladies of Rosewood, Pa., Brant Daugherty is ready to raise some hell in a much bigger pond. Next stop: Los Angeles!

In addition to his gig on Pretty Little Liars, Daugherty’s TV resume includes recurring roles on Days of Our Lives and Army Wives. He also placed seventh in Season 17 of Dancing With the Stars.

Daugherty tweeted about his upcoming appearance earlier this week:

Guest starring on Anger Management today! Can't wait for you guys to see this one