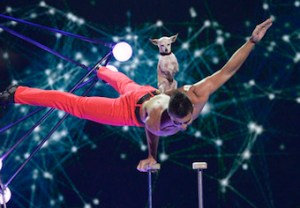 CBS’ Big Brother this Wednesday drew 6.6 million total viewers and a 2.0 rating, down two tenths in the demo week-to-week yet still besting all comers.

Over on NBC, America’s Got Talent (9.7 mil/1.8) dropped two tenths in the demo week-to-week, hitting a series low but easily drawing Wednesday’s largest audience. Taxi Brooklyn (5.2 mil/0.9) was flat — and versus Camp‘s numbers from a year ago, the Peacock notes, Taxi is even in the demo while pulling in 53 percent more viewers.

RELATED So You Think You Can Dance Top 8 Recap: No One Wants to Be Defeated

Cable ratings (e.g. Legends, the Wilfred finale) quite famously come in much, much later, and typically are reported under separate cover.