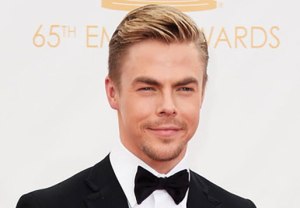 It seems Derek Hough‘s dancing shoes are taking him all the way to Nashville.

The Dancing With the Stars pro has joined the ABC drama for a multi-episode Season 3 arc, TVLine has confirmed.

Hough is slated to play Noah West, a “beguiling and disarming” movie star who, after landing the leading role in a famous country singer’s biopic, encounters Nashville’s music scene for the first time.

This marks the first major acting gig for Hough, who previously guest-starred on the ABC sitcom Better With You. He will also return as a pro on the upcoming 19th season of Dancing With the Stars.