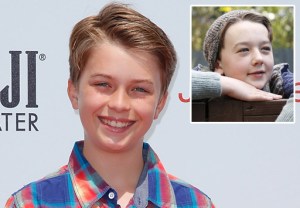 Marcus will find himself in a new crowd when About a Boy returns for its second season — not that he really had an “old” crowd.

Jacob Hopkins — who voices the titular character on Cartoon Network’s The Amazing World of Gumball — will guest-star on the NBC comedy’s Oct. 14 season premiere as Eddie, the leader of Marcus’ new group, TVLine has learned exclusively.

Eddie is described as being a year older than Marcus, and less “dweeby,” which has us worried that he might turn out to be more bully than bestie.

In addition to Boy, Hopkins recurs as Chad Kremp on ABC’s The Goldbergs. (You might also remember his spectacular death on the fifth season of True Blood.)