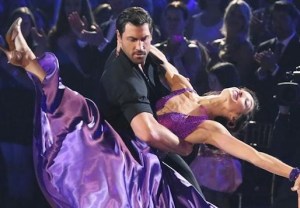 The line-up of pros for Dancing With the Stars Season 19 was revealed Wednesday on ABC’s Good Morning America, and there are many familiar faces, a couple of newcomers and, yes, some MIA vets. (Namely, one of the Chmerkovskiys has Maks-ed out.)

The pros’ celeb/”celeb” partners will be announced Sept. 4 on GMA.