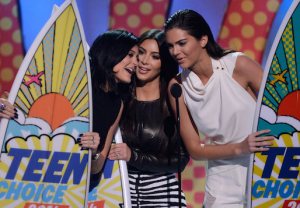 Fox’s broadcast of the Teen Choice awards — which among other things reminded us of the painful truth that KUWK has been on for 10 dang seasons — on Sunday night drew 2.6 million total viewers and a 0.8 demo rating, precisely matching its year-ago numbers.

RELATED Rising Star Recap: I Know It’s Not Much… Is This the Best They Can Do?

CBS’ numbers are a mess due to late golf, bumped Unforecklessable and such, but as of right now, Big Brother is looking at 5.4 mil and a 1.7, versus last Sunday’s 6.6 mil/2.0. I’ll update later once firmer data trickles in.