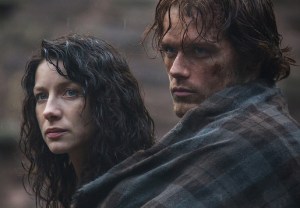 Starz’s time-travel romance Outlander on Saturday night premiered to an audience of 720,000, and over the course of the weekend amassed 2.3 million total viewers.

With another 1.4 million factored in — via advanced online and On Demand plays — Starz puts the multi-platform premiere audience at 3.7 million, a network high for a series launch. TVLine readers gave the premiere an average grade of “A-.”

Starz also notes that of the weekend audience, 45 percent of viewers were male.

By comparison, Starz’s previous series premiere, Black Sails, drew 850K to its initial broadcast, amassed 2.6 mil over the opening weekend and totaled 3.5 million with On Demand/online plays factored in.