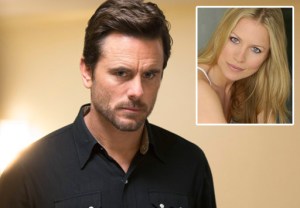 She will play Pam, Luke’s sultry, extroverted new backup singer. An incredibly talented musician in her own right, she quickly becomes Deacon’s muse — even more so when her complicated and dark past comes to light.

Taylor’s credits include playing “Crazy Debbie” in Season 2 of Rescue Me, and a recent guest stint in CBS’ Unforgettable.