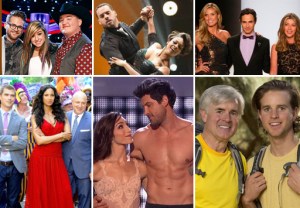 In nine of the 11 years that there’s been an Emmy award for Outstanding Reality-Competition Series, the statuette has gone to The Amazing Race.

And yet, as daunting as that statistic may sound, it’s worth noting that TAR has only reached the podium twice in the last four years. What’s more, its two vanquishers — 2010 champ Top Chef and 2013 winner The Voice — are once again in the hunt for Emmy gold.

RELATED Emmy Poll 2014: Who Should Win Best Supporting Actor in a Comedy?

Rounding out the category are 10-time nominee Project Runway, nine-time nominee Dancing With the Stars, plus So You Think You Can Dance (seeking an initial win in its fourth attempt).

What would you do if you had the power to honor one of these fine shows when the Emmys are handed out on Aug. 25? Take our poll below to vote for your favorite, then hit the comments to justify your pick!

RELATED Emmy Poll 2014: Who Should Win Best Supporting Actress in a Comedy?

Tomorrow through Friday, we’ll launch another daily “Who Should Win” Emmy poll, so come back to TVLine.com to weigh in on who’s most worthy of TV’s biggest honor!