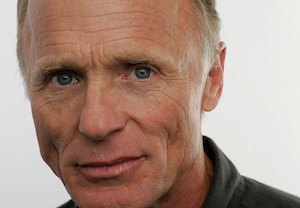 Westworld has found its Big Bad.

Harris will play The Man in Black — AKA the distillation of pure villainy into one man.