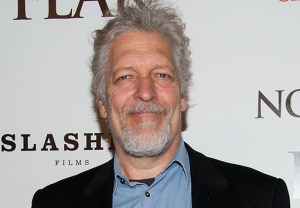 The Flash is expanding its general ties to the DC Universe.

Clancy Brown (Sleepy Hollow) has landed the recurring role of General Wade Eiling, according to The Hollywood Reporter. Also known simply as “The General,” Wade is the leader of a black ops team on the hunt for Plastique (Rake‘s Kelly Frye). He’ll first appear in Episode 5.

TVLine exclusively reported that another DC staple, The Clock King, will also be making an appearance on The CW’s Arrow spin-off this season. Originally introduced during Arrow‘s second season, Robert Knepper’s time-obsessed villain will show up on The Flash in Episode 7.

Any thoughts on The Flash‘s latest addition? Drop a comment with your take on “The General” below.