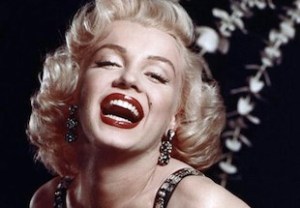 When it comes to its 2015 development slate, Lifetime prefers blondes.

The female-skewing cabler has given the green light to a miniseries about iconic Hollywood bombshell Marilyn Monroe, TVLine has confirmed.

PHOTOS Fall TV Preview: Get the Scoop on 50+ New Shows

The project, titled Marilyn, is based on J. Randy Taraborrelli’s book The Secret Life of Marilyn Monroe. Stephen Kronish (The Kennedys) will pen the script and Laurie Collyer (Sunlight Jr.) will direct.

So, getting back to the question posed in the headline: Who’s on your short list to play the (thankless) title role?