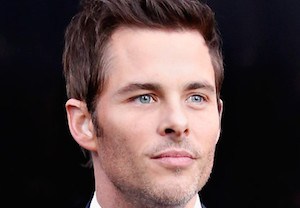 Marsden will play Teddy Flood, a mysterious new arrival to the small frontier town who quickly proves both his charm — and his talent with a revolver. His pursuit of a local beauty launches him on a dark odyssey.

If HBO orders Westworld to series, this would mark Marsden’s first full-time TV gig since Ally McBeal more than a decade ago. His other notable small-screen credit was a recurring gig as Tina Fey’s onscreen BF  on 30 Rock.