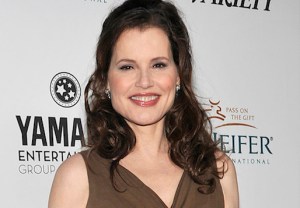 ABC’s Grey’s Anatomy is bringing out the big guns for its 11th season, casting Academy Award winner Geena Davis in a recurring role.

Davis has signed on with the long-running medical drama for a major arc, TVLine has learned, playing a surgeon at Grey Sloan Memorial Hospital.

An Oscar winner for 1988’s The Accidental Tourist (and a nominee for Thelma & Louise), Davis also has a Golden Globe on her mantel, for her turn as POTUS on ABC’s Commander in Chief. Her previous TV credits also include Will & Grace, an eponymous ABC sitcom and Buffalo Bill.