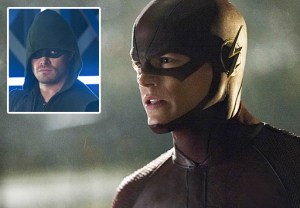 The time has come for a major Flash–Arrow crossover — and this one’s going to be a royal pain for Barry Allen.

Robert Knepper will reprise the role of William Tockman (aka The Clock King) in Episode 7 of The Flash, TVLine has learned exclusively. The Clock King is the first villain to show up in both Starling and Central City, having faced off against Oliver and company in Arrow‘s Season 2 episode “Time of Death.”

But wait, it gets worse; The Clock King won’t be working alone! 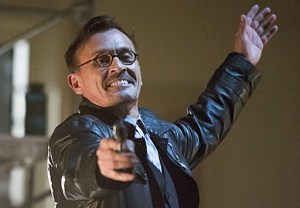 “We wanted to give Barry a real challenge… TWO bad guys!” says executive producer Andrew Kreisberg, adding that Barry will be “fighting both a new enemy and one of our scariest and most successful Arrow villains in The Clock King.”

RELATED The Flash Welcomes Wentworth Miller as [Spoiler] — Plus: More Scoop on Robbie Amell and Firestorm

No word yet on who that other villain might be, but if he (or she) is in league with The Clock King, Barry’s got his work cut out for him.

Arrow fans, are you excited to see The Clock King in Central City? And which other villains would you like to cross over? Drop a comment with your picks below.