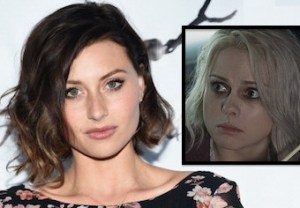 TVLine has learned exclusively that Aly Michalka has boarded the comic books-based CW drama in the recurring role of Peyton, roommate and No. 1 gal pal to series star Rose McIver’s Liv, who is a med student-turned-zombie.

Last Man Standing‘s Alexandra Krosney played Peyton in the original iZombie pilot, but was let go shortly after the supernatural series scored a spot on The CW’s midseason schedule.

In addition to her turn fronting The CW’s Hellcats, Michalka’s TV credits include an arc on Two and a Half Men and one-offs on CSI: NY and Breaking In. Fun fact: She herself has been the subject of a recast, having originally landed what would become the Briga Heelan role on NBC’s Undateable.