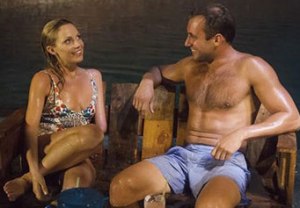 ABC’s Bachelor in Paradise on Monday night premiered to 5 million viewers and a 1.3 rating, up slightly in audience but down two tenths in the demo from ancestor Bachelor Pad’s most recent premiere.

CBS | Under the Dome (6.8 mil/1.6) added a handful of eyeballs — leading the night in total viewers — plus a tenth in the demo.

RELATED Under the Dome Recap: Between Falling Rocks and a Hard Place