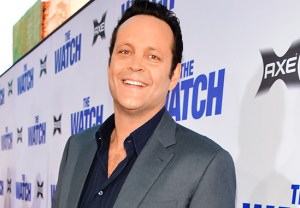 The True Detective Season 2 rumor mill has churned out another name: Vince Vaughn.

TVLine has learned exclusively that the Swingers actor is in preliminary talks to play one of the four leads in the HBO drama’s upcoming second season.

In mid-July, word spread that Colin Farrell and Taylor Kitsch are reportedly in serious discussions for two of the season’s lead roles, while series creator Nic Pizzolatto has said that the new season will be set in California and feature “four central roles.”