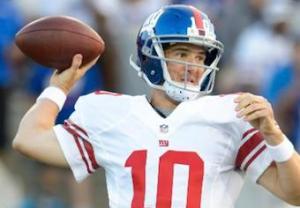 NBC’s coverage of the Hall of Fame preseason NFL game between the Bills and Giants led Sunday night in both total viewers (with 7.6 million of ’em) as well as in the demo (scoring a 2.5 rating).

Read TVLine’s recaps for cable TV’s True Blood, The Leftovers and The Strain.