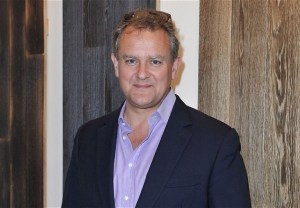 Blimey! The Earl of Grantham is aye-ing a dramatic wardrobe change.

Bonneville will play Peter the Pillager, a Pirate King who Galavant and Co. encounter on their journey.

The 13-episode Galavant, which will air in early 2015 (bridging the gap between Once Upon a Time‘s fall and spring runs), centers on Prince Galavant (Rogue‘s Joshua Sasse handsome) as he seeks revenge over the king who stole his one true love.

Bonneville will shoot his guest stint this fall during his Downton Abbey hiatus.